How much data does Windows Update use?

By Zeynel Abidin Öztürk -
2 years ago
- in News 1 comment

How much data does Windows Update use?

Installing Windows updates became so important in computer security since the internet began to become widespread. Fortunately, the latest versions of Windows do not bother you most of the time when it is downloading and installing updates.

Surely there are times when updates break things - especially with big updates, various incompatibility issues and problems can occur. Anyway, installing updates is still important to get protected against the newest threats.

Windows Update has a disadvantage, especially for those who have data quotas and using their computer over mobile networks: The size of some updates can easily find gigabytes. A new feature of Windows 10 lets you easily see how much data Windows Update has used.

Windows Update does not get updates from Microsoft servers only. The operating system can download updates from computers in your local network (from devices that have previously downloaded the update) as well as other computers on the Internet to reduce Internet traffic and load on their servers.

It's nice that Microsoft has developed alternative ways to download updates. Therefore when the Microsoft server cannot be reached for any reason such as high traffic, a server crash or blocking, updates can be downloaded from different sources.

How much data did Windows Update consume on your PC?

The newly added function in Windows 10 does not only display the amount of data that Windows Update consumes, but also shows which way used, how much. Follow these steps to view this information.

- Open the Settings using the Win + I keyboard shortcut (or open the Start menu and click the wheel icon).

- Scroll to Advanced options, then scroll down to Delivery Optimization.

- A new screen will appear, click the Activity tracking link.

You will see a screen as follows: 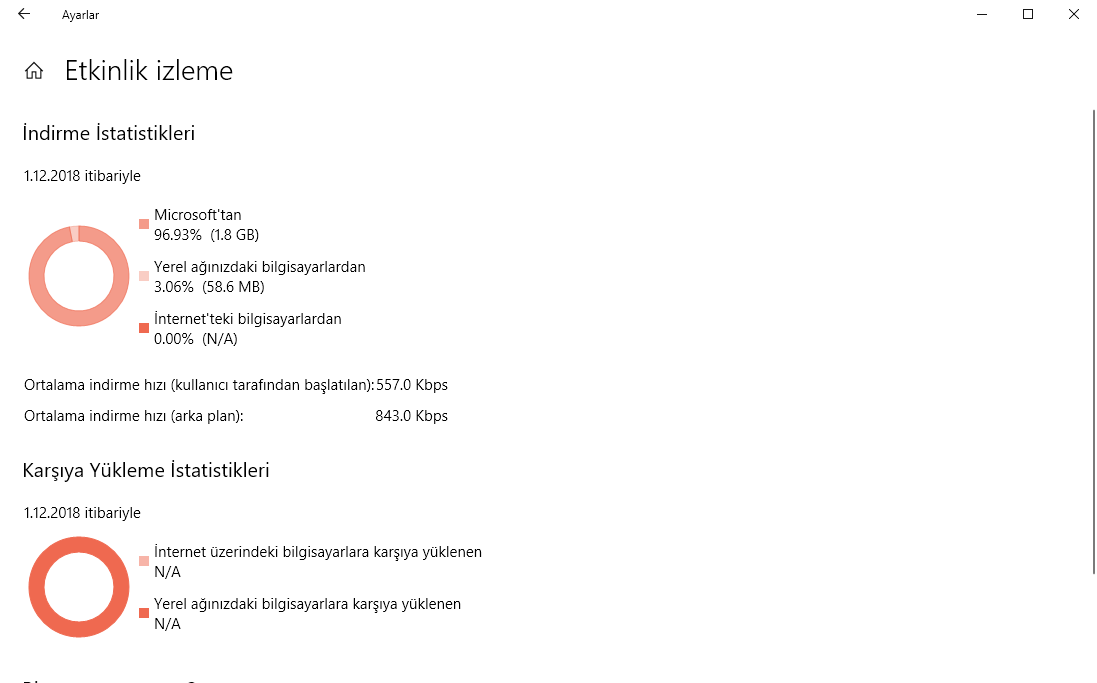 A faster way to settings

As you noticed, you need to pass at least five steps to reach the activity tracking screen. You can follow these alternative steps to shorten this: